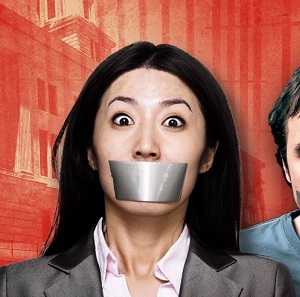 The Tennessee General Assembly is in the process of passing an anti-free speech bill, and the National Foundation for Gun Rights is preparing to take legal action should it become law.

Under SB1005 (which just passed the Senate this morning), 501(c)4 issue-advocacy nonprofits – like the National Association for Gun Rights – cannot so much as mention a candidate or use his picture within two months of an election or primary without having to disclose their donors to the Tennessee government.

Here’s the language that passed the Senate this morning:

(1) The organization expends an aggregate total of at least five thousand dollars ($5,000) in organizational funds, moneys, or credits for communications that expressly contain the name or visually depict the likeness of a state or local candidate in a primary or general election; and

(2) Such expenditures or communications occur within sixty (60) calendar days immediately preceding a primary or general election in which the named or visually depicted candidate appears on the ballot.

While the language of the amendment only specifically mentions having to report spending – which is certainly bad enough – the code section referenced (highlighted above) requires reporting of both spending and donations.

In summary? This language is a clever way to require organizations like NAGR to report their donors or cease operating in Tennessee for the two months preceding a primary or general election.

As we said in the legal warning letter we just sent the Tennessee legislative leadership:

While unconstitutionally burdening the associational rights of Tennesseans, this language is not narrowly tailored to achieve any valid state interest. It blatantly ignores the guiding precedent of Buckley v. Valeo, 424 U.S. 1 (1974), in so far as it broadly deems non-election-related speech as election-influencing expenditures subject to reporting… The direct result would be the suppression of Tennesseans’ free speech and healthy engagement in the political process – precisely what the Founders designed the First Amendment to protect.

The National Association for Gun Rights absolutely will not expose our donors to harassment, intimidation, or political retaliation by disclosing their identities to either state government officials or to cancel-culture society, and we stand ready to take Tennessee to court to preserve our donors’ privacy and the right of Tennesseans to engage in the political process without threat of retaliation.

If you would like to contribute to our civil litigation fund to help us fight for your First and Second Amendment rights in the courts, click here.