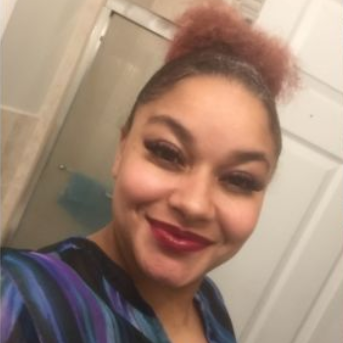 For most of the gun control crowd — living in gated communities far away from the harsh realities of violence commonplace in major urban centers — the idea of owning a firearm for self-defense seems like a bizarre concept.

But for everyday people who can’t afford private security, having the ability to bear arms is a necessity.

Bragg picked up on her town’s rough environment rather quickly and legally purchased an AR pistol for home defense purposes.

The mother of four had the previous misfortune of getting tangled up in an abusive relationship with John Leverette when she was 18.

Bragg’s ex-boyfriend was a nasty character. A member of the Crips street gang, Leverette had a lengthy rap sheet. Unfortunately, Leverette brought his violent behavior to the home — as evidenced by the multiple beatings he subjected Bragg to, resulting in severe injuries and emergency room visits.

Leverette even threatened to put a hit out on Bragg if she told law enforcement about his domestic violence incidents. Bragg eventually broke up with him, but the specter of Leverette loomed large on her horizon.

It eventually reared its ugly head on May 2, 2021, when Leverette illegally entered Bragg’s house unannounced, completely strung out on heroin. The Crip member demanded to know where the former couple’s children were located, information Bragg was not legally obligated to tell him.

Fearing for her life, Bragg went to her room and grabbed her legally owned AR-Pistol – and when she confronted Leverette, demanding he leave her house, he became aggressive and charged at her. Knowing that she was in grave danger from yet another violent attack from Leverette, Bragg fired at Leverette until the threat was stopped.

As a result of defending herself against her assailant, John Leverette died inside Bragg’s home.

Bragg immediately called 911 to report the situation and notify authorities.

The incident was a distressing moment for Bragg, but the entire situation could have gone in reverse — with Bragg losing her life — had she been unarmed as the notoriously violent Leverette attacked her yet again.

However, Kym Worthy, the Wayne County Prosecutor, is charging Bragg with first-degree murder with pre-meditation – simply because this young mother of four exercised her right to self-defense against a certified gangster who was about to kill her.

Bragg’s encounter with her violent ex was a life-or-death decision, and one that many abused women eventually face. There is strong evidence linking domestic violence to homicide, and the Second Amendment exists to empower vulnerable women to protect themselves and their children.

For people like Bragg, who live in troubled areas like River Rouge, the right to bear arms is a literal life saver.

Police departments in high-crime hot spots are often corrupt, underfunded, and cannot be relied on to act decisively in dangerous encounters with criminals. In the latter case, we are reminded of the popular pro-Second Amendment adage, when seconds count, the police are minutes away.

This incident is one of the many cases of defensive gun use that millions of lawful Americans engage in. According to the research that criminologists Dr. Gary Kleck and Dr. Marc Gertz conducted throughout the 1990s, they discovered that there were roughly 2.2 to 2.5 million instances of firearms used in self-defense in any given year. Of these cases studied, there were 1.5 to 1.5 million cases of handguns used in self-defense against criminal assailants.

Bragg’s self-defense incident comes against the backdrop of a political environment where the radical Left is not only calling for the defunding of police but is also using progressive prosecutors to destroy lawful individuals’ right to self-defense in the courts.

Today, Democrat-run cities have essentially turned into criminal safe spaces. The current social upheaval American metro areas are experiencing is what the late conservative journalist Sam Francis described as anarcho-tyranny — where governments refuse to control real criminals while punishing the innocent with draconian laws such as gun control.

Bragg armed herself amid this chaos to protect herself and her children, yet Kym Worthy doesn’t understand this and is targeting Bragg for simply exercising her God-given right to self-defense.

According to her legal defense team, Bragg’s case is winnable, but they will need substantial resources to make sure Bragg is acquitted. The National Foundation for Gun Rights has stepped up to the plate to assist Bragg by writing her defense team a check of $10,000, and hopes to do more.

To make a tax-deductible donation to NFGR’s Gun Owners Defense Fund to help Theresa and gun owners like her, click here.

Exercising your right to self-defense should never be treated as a criminal act.