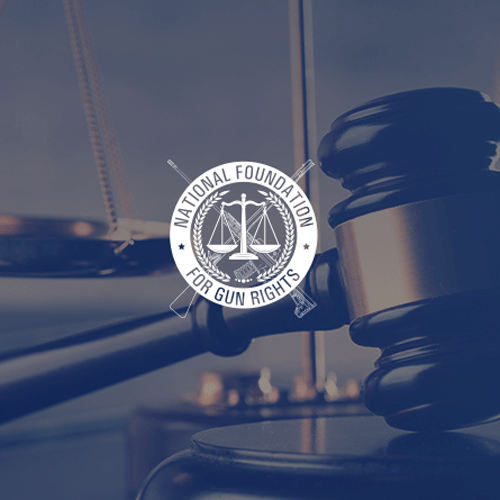 Today, the Sixth Circuit Court of Appeals struck down a pro-gun ruling in GOA v. Garland, a challenge to the ATF’s 2018 bump stock ban, and a case the National Foundation for Gun Rights is involved in.

Back in March, a three-judge panel on the Sixth Circuit Court of Appeals declared that the ATF’s 2018 bump stock ban was likely illegal, and stayed the ban’s enforcement while the case proceeded in the lower courts.

This pro-gun ruling was overturned today by the full court, which agreed to rehear the case en banc (by all the Sixth Circuit’s active judges).

The panel decision had stated clearly that criminal law can’t be created by unaccountable bureaucrats:

It is not the role of the executive — particularly the unelected administrative state — to dictate to the public what is right and what is wrong.”

The court went on to state that bump stocks can’t be classified as machine guns:

Consequently, a bump stock cannot be classified as a machine gun under § 5845(b).”

While today’s decision to overturn this ruling and rehear the case is a setback for gun owners, the case will most likely be ultimately decided by the U.S. Supreme Court.

The impact of this case goes far beyond bump stocks. At stake is whether a federal agency (such as the ATF) – controlled by bureaucrats who are not accountable to the people – can unilaterally make laws, especially laws that violate the Constitution.

President Biden’s ATF is currently in the process of rolling out even more unconstitutional gun regulations targeting home-built firearms and stabilizing braces for commonly owned pistols.

These regulatory attacks will keep coming unless the federal courts stop the ATF from overstepping its constitutional role and attacking the Second Amendment.

The National Foundation for Gun Rights will continue to follow this case closely. To help us continue to fight for the Second Amendment in more cases like this, click here to make a tax-deductible donation!