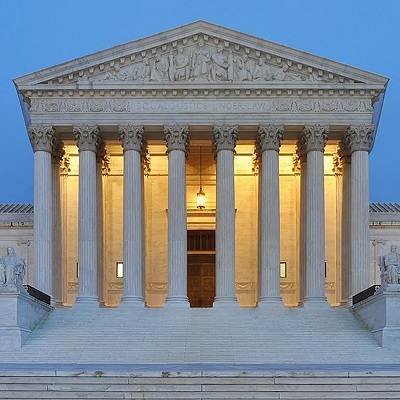 One of the Left’s favorite ways to attack the Second Amendment is by going after the First Amendment.

The First Amendment is what protects our ability to effectively fight for our Second Amendment rights without exposing gun owners and citizen-lobbyists to harassment from “cancel culture” bullies, anti-gun employers, neighbors, activist politicians, and bureaucrats.

This is why the National Foundation for Gun Rights recently joined a coalition of freedom-loving organizations in filing an amicus “friend of the court” brief in a landmark free speech case currently before the U.S. Supreme Court.

This case, AFPF v. Becerra, began when Vice President Kamala Harris – then Attorney General of California – began demanding the names and addresses of top donors from nonprofits who were fundraising in California, including sister organization the National Association for Gun Rights.

The California Attorney General’s office claims they need confidential donor information to help them “police charitable fraud” – which is bureaucrat-speak for “just because.”

As previously noted, this is a common tactic used by Leftist government officials to crack down on Second Amendment activism and lobbying. Disclosing gun owners’ personal information and donor history would open them up to public backlash, crackdowns, and harassment from government regulators.

AFPF v. Becerra seeks to overturn the California Attorney General’s regulatory demands for confidential donor information. When the case was first appealed to the Supreme Court in 2019, NFGR joined NAGR and a number of freedom-minded allies in an amicus brief urging the Supreme Court to take the case.

The Supreme Court agreed to hear the case on January 8, 2021.

NFGR’s joint amicus brief was filed on March 1, arguing that privacy and anonymity are key elements of our First Amendment freedoms of speech and association.

Below are some key excerpts:

The Supreme Court has not yet set a date for oral argument, but our legal team will provide updates as the case moves.

Click here to make a TAX-DEDUCTIBLE contribution to help the National Foundation for Gun Rights challenge attacks on gun owners and the Second Amendment in the courts!